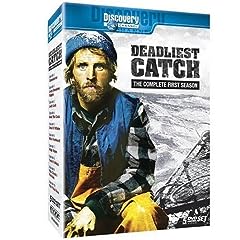 This is the sort of thing that makes me glad I have TiVo. The Discovery Channel is starting a new series: Deadliest Catch, about Alaskan deep-sea crab fishing. The tagline is $140,000 for 5 days’ work is a job some men would die for. And some do. (I’ll ignore the dangling preposition.) How can that not spark your interest?

I've trusted DreamHost to power this website – and nearly 100 other ones – since March 22, 2001. They have great prices, excellent customer support, and a killer web interface to manage your domains.